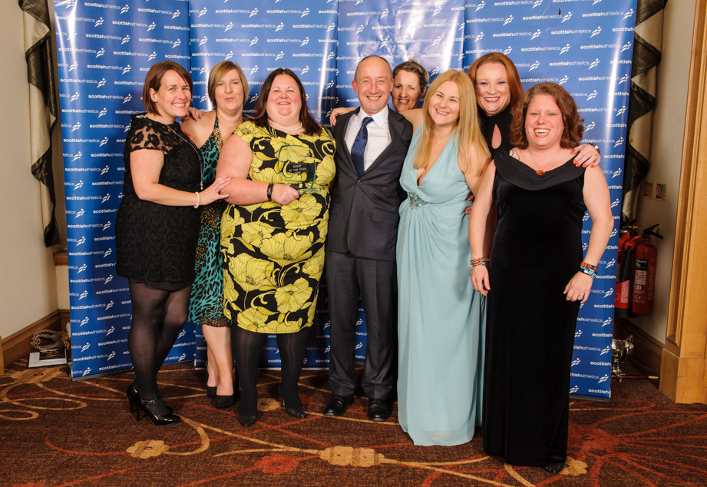 Pictured: jogscotland Hazlehead, winners of the 2015 Group of the Year award

Nominations are now OPEN for the jogscotland Awards 2016!

Every year we celebrate the very best of jogscotland with our Annual Awards, presented at a glittering ceremony alongside the scottishathletics awards. The event is a fantastic night out, and this year will offer the chance to rub shoulders with Scotland’s Olympians and Paralympians, newly-returned from Rio! Nominations are now open – so tell us about the people you think deserve recognition this year.

Awards will be made in three categories:

Achiever of the Year – Do you know a jogger who has really pushed themselves this year to achieve things they thought were beyond them? They might be a beginner jogger who has started from scratch against the odds to get active, or a long-time runner who has reached new heights. Whoever they are, whatever they’ve achieved, share it with us!

Leader of the Year – Behind every great jogger is a great Jog Leader. These are the guys who get us out, whatever the weather, and inspire us to achieve greater things. As well as appearing at our sessions full of energy, they work behind the scenes to plan routes, set goals, organise events, and keep in touch with members of the group. They see our potential before we see it ourselves, keep our spirits up when times are hard, and celebrate with us when we reach our goals. This is your chance to say thank you to a Jog Leader who has made a real difference to you this year.

Group of the Year – There are jogscotland groups the length and breadth of the country, and no two are quite the same. From small village groups meeting once a week to huge city posses with multiple groups, from coast to hills, and parks to pavements, we have them all. Some are incredibly sociable, some raise money for charity, some just do a superb job of getting people active and keeping them that way. If you think your group deserves recognition this year, tell us all about it!

Read about last year’s winners. You can also download a copy of the Guidance Notes.

Tickets are now on sale for the Annual Awards Dinner on Saturday 29 October at the Hilton Hotel in Glasgow, with special guest Derek Redmond (read more).