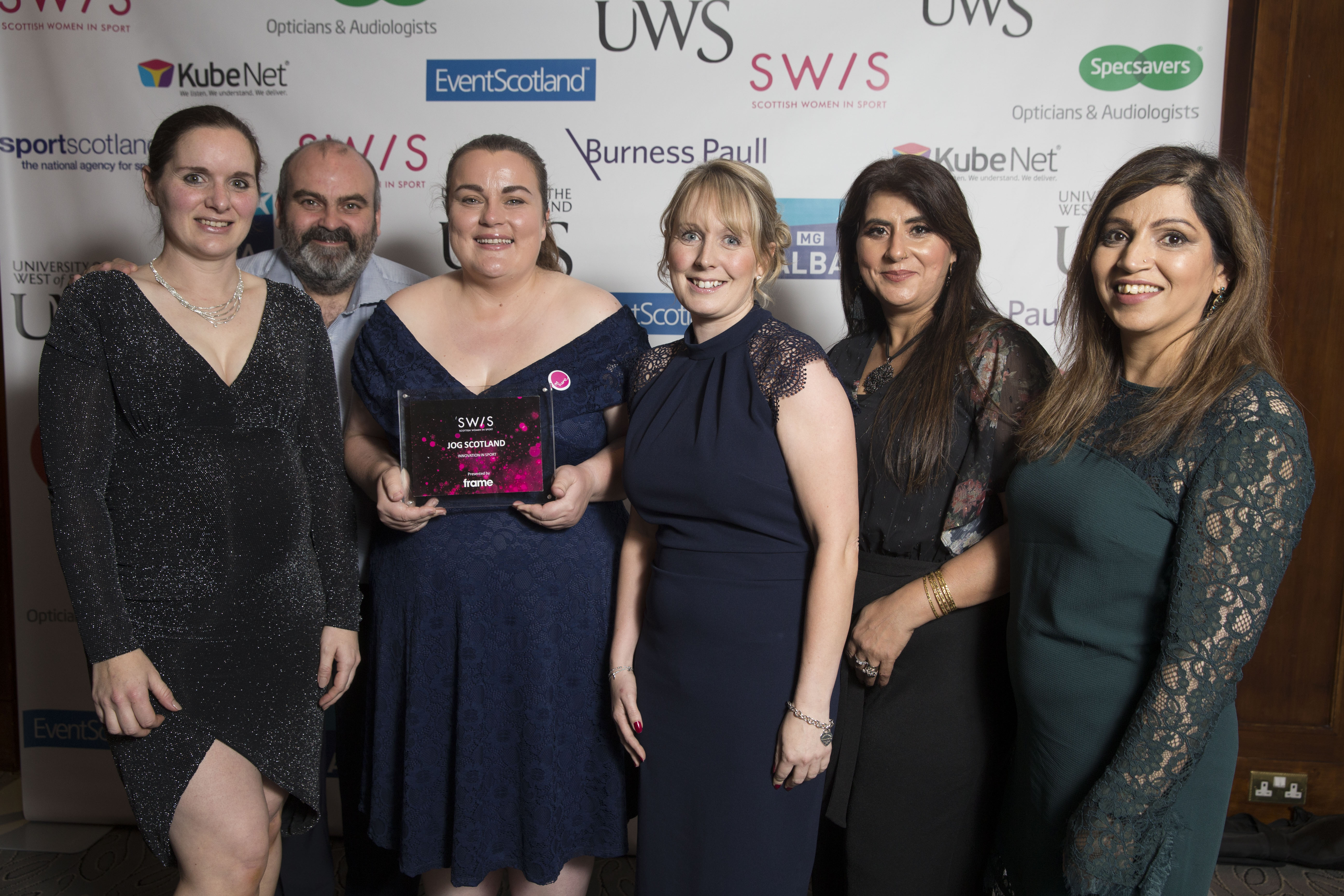 We were delighted to receive the recognition of all the hard work that has been carried out by jog leaders, joggers and staff in recent months – and all the enjoyment had along the way! Among the initiatives included in the nominations was the I’m here mental health campaign, and our Community Strides and jogability programmes, which bring the benefits of jogscotland to more people from BME (black & minority ethnic) communities and to girls with additional needs, respectively.

That’s in addition to the day-to-day work of helping Scotland enjoy getting active with our supportive, sociable jogging groups.

The jogscotland group at Dundee International Women’s Centre, which is part of Community Strides, was short-listed for Kubenet Communities Club of the Year.

Thanks to Scottish Women in Sport for the recognition, and to the whole jogscotland community for being a part of it!

Among the other winners were representatives of our parent organisation, scottishathletics – former President Leslie Roy won MG Alba Role Model of the Year, while Inverness Harriers athlete, Megan Keith, took the sportscotland Young Sportswoman of the Year award Read more…