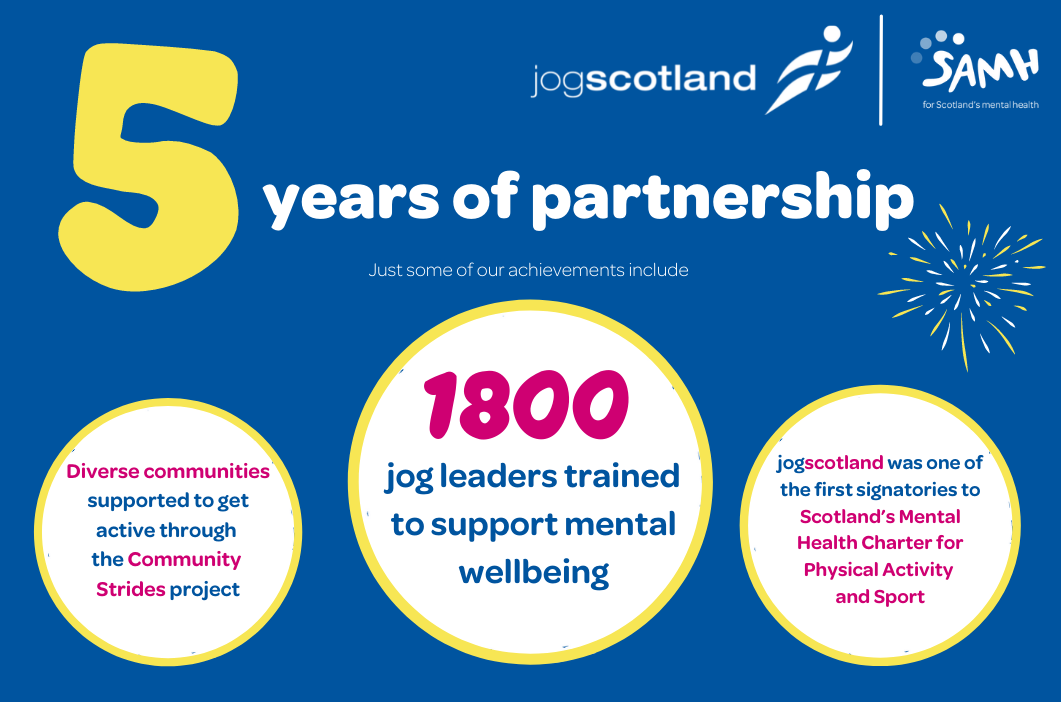 SAMH and scottishathletics are today celebrating the fifth anniversary of a partnership which has supported the wellbeing of thousands of Scots.

jogscotland – the recreational running programme of scottishathletics – went into partnership with SAMH in 2017, with the intention of promoting the mental health benefits of physical activity. Since then, huge strides have been made. Among the successes are:

The full achievements of the partnership so far have been laid out in the new Impact Report, published today (click the rectangle bottom right to view full-screen, or download a pdf version below).

The anniversary was marked with a special online celebration this afternoon, with dozens of invited guests from across the sports and activity sector. Among the speakers were Jog Leaders Nicola Moriarty of Ready, Steady, Go Pitreavie, and Lan Pham, from the physical activity group at Saheliya, the Edinburgh charity for women from diverse communities. They spoke of the impact they have seen the partnership have on the jogscotland membership and beyond. 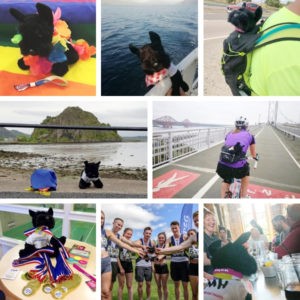 Nicola talked about Sammy’s Road Trip, a partnership project which saw three toy dogs tour jogscotland groups with a pack of ideas for sessions to encourage mental health conversations (pictured left). As well as impacting her group, she had seen the dogs helping many other people open up about their wellbeing, including teenage boys at Pitreavie Amateur Athletics Club, and in her workplace, demonstrating the ripple effect in the wider community that can be achieved when a network like jogscotland talks openly about mental health. 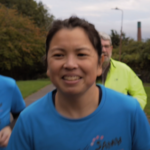 Lan (pictured right) talked about her own involvement with the group at Saheliya, using outdoor activity sessions to introduce several of them to a beauty spot right on their doorsteps that they’d never previously visited and helping them to reconnect in person after periods of lockdown.

After the online celebration, CEO of scottishathletics, Colin Hutchison, said: “When we entered into partnership with SAMH five years ago, the promotion of physical activity as a way to improve mental wellbeing was a developing concept. During the course of our partnership, that concept has moved from being an ‘add on,’ to being at the very heart of what jogscotland is about.

“Today, no discussion of the benefits of being active can focus purely on the physical health benefits – these are widely recognised to go hand-in-hand with the improvements in mental health that can be achieved by getting active, especially outdoors and with other people. We are delighted that our partnership with SAMH has played a part in making this change happen in Scotland.

“Our thanks go to SAMH for all the support and expertise they have brought to the partnership. They also go to all our members, and particularly the jog leaders, who embraced this new focus with an enthusiasm that has been incredible. Their work on the ground, creating supportive communities of runners where mental health is a normal topic of conversation, has really enabled this change to become more than just an idea, and turned it into real, active part of people’s lives.”

CEO of SAMH, Billy Watson said: “As we mark five years of our partnerships with scottishathletics, it’s fantastic to be able to reflect on everything that jogscotland has achieved over that time.

“While the positive links between physical activity and good mental health are well recognised, this partnership has really demonstrated how being active can improve social connections, build community resilience, and open up positive discussions around mental wellbeing.

“jogscotland members have really embraced mental health activities as part of their groups;  and as we emerge from what has been a very challenging period, it’s more important than ever than we continue to build on this through our ongoing partnership.” 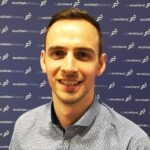 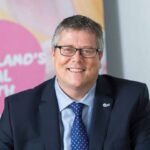