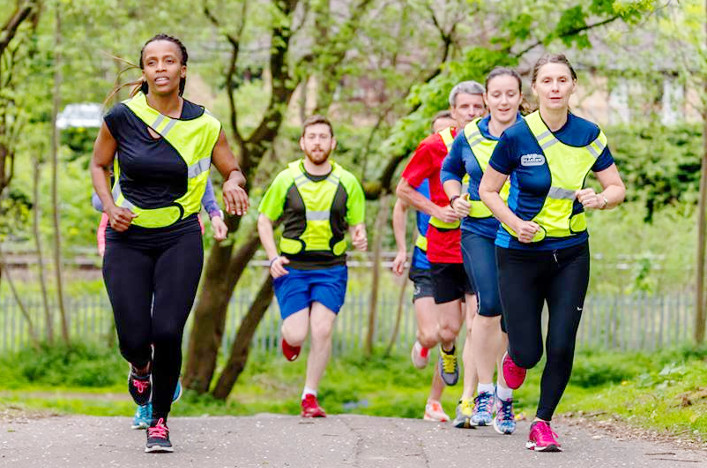 Victoria Park Glasgow is part of the athletics establishment in Scotland – formed in 1930, the club has a host of national medals and trophies to its name. So when the club decided it needed to swell the ranks of its senior endurance section, we were thrilled that they took the step of setting up a jogscotland group to bring new runners into the fold.

And Victoria Park Road Runners are doing it in style, with 14 Jog Leaders already trained, and hopes that more will soon join them. The group launched officially on 22 May at Scotstoun Stadium. The club’s Gordon Innes said: “We decided to start the group because we were aware that parents were dropping their kids off at the stadium and going for a run. Many of the parents we spoke to thought that a club of our stature wouldn’t be interested in them. Nothing could be further from the truth.

“While we’ve been very successful at bringing young track athletes through to compete at the highest level we’ve failed to bring in and retain older road runners. We advertised through our website and social media and found about 40 of our members or parents wanted to be involved in a new joggers network or road running group. Fourteen of those expressing an interest also wanted to be Jog Leaders.

“At the moment, the group is open to everyone four nights a week – it’s important that the group is available every night at 7pm to match up with the track sessions organised by the club.

“We’ve still got a bit of work to do to advertise the sessions but everyone knows what the plan is and we’re confident it will be a success.” 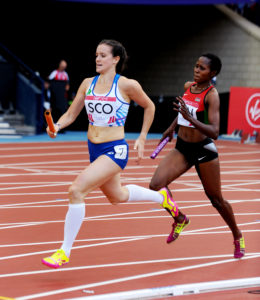 The groups are really bringing together the full spread of Scotland’s running community, as among the Jog Leaders is Glasgow 2014 4x400m runner Diane Ramsay (pictured left).

The 25-year-old hung up her spikes early in 2017, but now is loving the opportunity to inspire others who are just getting into the sport: “I’ve taken a Jog Leader course because VP-Glasgow are starting up a group and I enjoyed it,” she says.

“I’m really pleased to be involved in that, and I hope it will feed people into the sport and the club.

“I work for investment bankers JPMorgan and I started a running group there with two guys a couple of years ago – and we had 60 new starts racing in the Great Scottish Run.

“It is great to see people get the running bug – or really confident individuals in work situations finding it really difficult when running. It’s interesting seeing how folk react and how you see the difference in can bring in mood and outlook.” 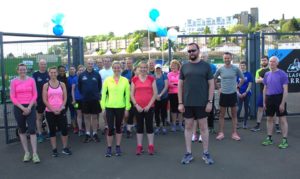