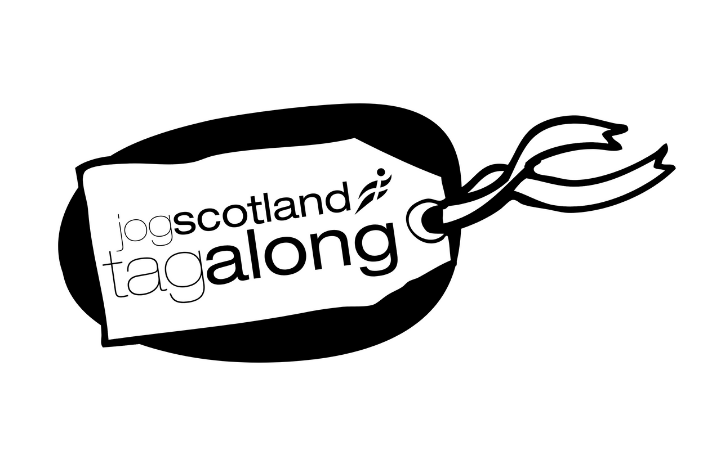 Please note: jogscotland groups are currently not meeting due to the coronavirus, so the Tag Along campaign is on hold until a future date. We still hope you’ll take part – we’ll let you know when we’re able to press ahead with the campaign – Updated: 18.03.20

We’re delighted to invite you to join a brand new jogscotland campaign, Tag Along! The initiative will see jogscotland members all over the country writing messages of encouragement to other joggers or would-be joggers, to increase the number of people across Scotland getting active to improve their wellbeing. 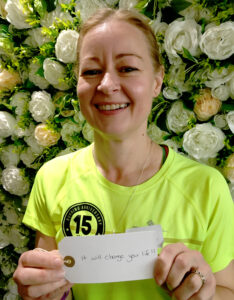 “It will change your life”

All participants have to do is write a message on one of our luggage tags. Each jog group will then tie their tags onto a string of shoelaces, and send them in to jogscotland HQ. We’ll assemble them all – let’s see how long we can make our Tag Along thread of encouragement!

Before tying their tag, joggers are invited to be photographed showing the message so it can be posted on social media, and will take part in special sessions designed to encourage more folk along to the group. Your message might be about how jogging makes you feel, what you’ve gained from joining a jogscotland group, dispelling one of the common anxieties around starting with a new group, or just a simple message of encouragement.

Jog groups are also invited to hold Tag Along sessions, to welcome potential new members along, or share positive messages among members.

Why?
We know that one of the most powerful forces in persuading people to take up a more active lifestyle is word-of-mouth. So we’re asking our members to help us spread the word, encouraging their friends and family to Tag Along to their jogscotland group!

For the past two years we’ve been working in partnership with SAMH (Scottish Association for Mental Health) to help people across Scotland look after their physical and mental wellbeing. More than 700 jog leaders have completed mental health awareness training, and our groups aim to be supportive, sociable places where people can feel safe to be themselves. Now we want to help even more people benefit from that welcome, and get the message across that getting active with jogscotland is fun and achievable, and can boost their physical and mental wellbeing.

How?
Jog leaders sign their groups up to take part in Tag Along using our online form. You will be sent a digital Tag Along pack by email, including a ‘how to’ guide, some suggested prompts to help people write their tags, and useful templates to generate publicity. You will also be sent a batch of luggage tags in the post, and a return postage-paid label.

Groups will host a Tag Along session between mid-March and mid-April. This might be a free taster session/‘bring a friend’ night to encourage new runners. It might include offering ‘jog buddies’ to support beginners, or offering activites that focus on breaking down barriers and encouraging positive conversations. It’s a great time to contact lapsed members and invite them to come along and try again!

Using question prompts from jogscotland and SAMH, the members of each group will fill out a luggage tag using their experiences to encourage others to tag along with them and take part. Joggers will be invited to be photographed holding up their tag, and post their photos on their social media channels using the hashtag #JSTagAlong and tagging jogscotland and SAMH, to pass the message on to their friends and family – tag the folk you think might be most likely to tag along in future! Jog leaders and/or individuals can also send us their photos and we’ll share them on the jogscotland social media accounts.

“Wherever you’re at – we’ll welcome you” 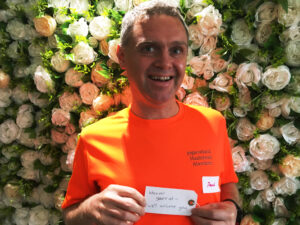