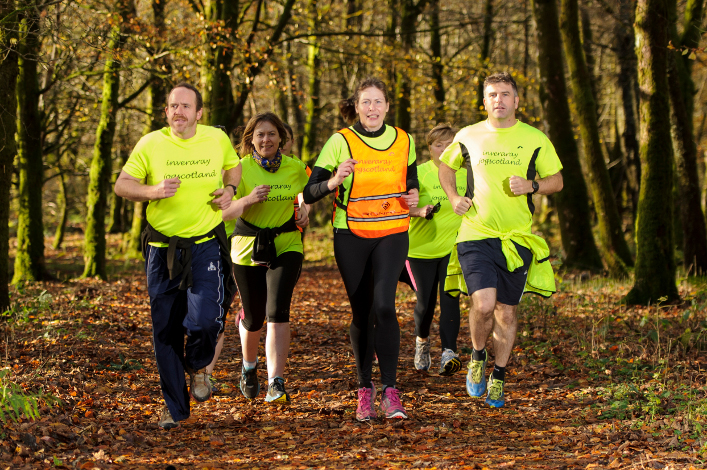 A record 365 new members have already signed up to join jogscotland in the first weeks of the year! The annual surge in new memberships that we see every year during the New Year’s Resolution season has been bigger than ever, as more and more Scots pledge to get active with one of our fun, friendly jog groups.

With one new member for every day of the coming year, jogscotland will be helping more people than ever to enjoy getting active in 2016. New members are still flooding in – so why don’t you join them and sign up free of charge to enjoy a happier, healthier year ahead?

We have more than 500 groups all over the country, catering for everyone including complete beginners – who jog for just 30 seconds at a time during their first session. Beginners all start together, building up at a pace that suits them, with the guidance of a friendly, trained Jog Leader. Our supportive ethos means that nobody is too slow for jogscotland, and nobody gets left behind.

Exercising with a group means you’re more likely to stick with it once the initial surge of enthusiasm fades – our jogging sessions are sociable events and in no time at all you’ll find jogging has become an enjoyable part of your everyday life rather than an unpleasant chore.

It doesn’t take much to make a real difference to your health. Being active on a regular basis can improve your mood, reduce the risk of heart disease, diabetes and certain cancers, and aid in weight loss. Not to mention the great sense of achievement you’ll get from taking on a new challenge for the new year!

Head of jogscotland Billy Mitchell said: “It’s fantastic to see so many new members joining jogscotland this year. We’re already hearing from people who have taken part in their first ever jog session and come away buzzing with excitement as they realise they can achieve something they thought was going to be difficult or daunting.

“There’s no time like the present – if you’ve ever thought that you might like to jog one day, why not take the first step and join us now? Before you know it, you’ll be healthier and happier – not just for 2016, but for life.”

Find your nearest group with our Group Finder

Join free online so you can turn up to your nearest group and get jogging!