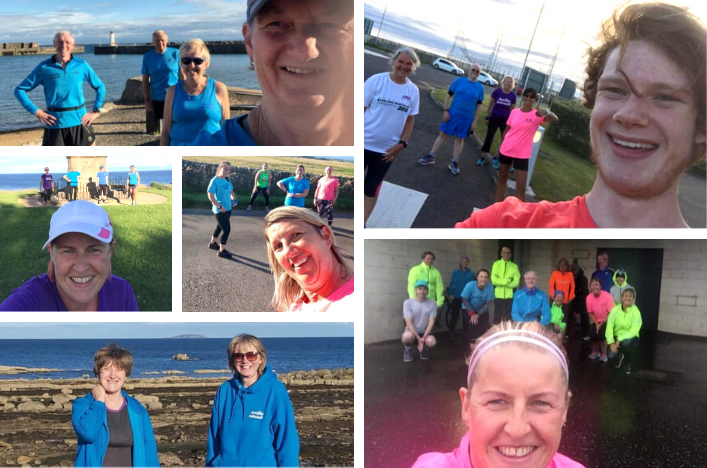 As lockdown restrictions ease, jogscotland groups are beginning to return to the streets, parks, and trails of Scotland. Jog leaders have, with the help of jogscotland staff, been preparing carefully to resume activities in a way that is safe for participants.

Some groups are also welcoming new members, who have taken up jogging during lockdown, or are looking to get active now that lockdown is easing.

George Findlay, jog leader with Anster Allsorts, tells us how they have been making their return: 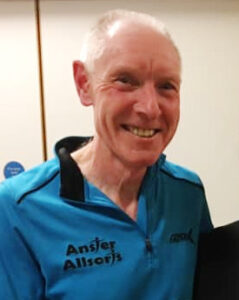 Our group were keen to start straight from the off, so the Allsorts started back as a trial as early as 25 June, when three households were allowed to meet outdoors for exercise. We had a Run Together Apart night and 28 signed up, running in 10 different groups. Since then we have met regularly, at first once, then twice a week from 14 July. We’ve followed the jogscotland covid guidelines as they’ve come out at each stage – we’re making sure we’ve got everyone’s contact details for Track and Trace, we’re running in the correct group sizes, and we remind all our joggers at the beginning of every sessions about the sensible precautions we all need to take.

On average we get 22 on a Tuesday and 11 on a Thursday, so far, with a hard core of about 30 taking part. All told 46 different joggers/walkers have taken part in the past 10 weeks.

Because we’ve been back running for a while now, we were well positioned to absorb some new members, and they’ve arrived in manageable numbers. We have had four newcomers join the group in that time and several returnees who had not run with us for over a year.

How do we attract new members?

Of the new members, one is a former runner who started our Couch to 5K one week before lockdown and was keen to get back. Two have moved to the area recently. One stopped running during lockdown and wants to start again, one wants to start after having children and one is a walker who had been advised to exercise for health reasons.

On their first night I meet and run/jeff/walk with them to assess their ability/capability, then they are allocated a group – jog/jeff/walk with a jog leader buddy in the following sessions. I check on how they are doing as the weeks go on. This makes sure that they are exercising at a pace that suits them. We have a jeffing group which is good for those coming along. The newcomers soon become part of the Allsorts.

The Allsorts have eight jog leaders who have been taking groups, under my direction, over the past 10 weeks and it is working well. My jog leaders are very good and keen to support the newcomers. We are hoping to start a Couch to 5K soon and I have had enquiries about this already.

The biggest difficulty for me has been organising the groups with different start points and running in different locations around Anstruther, Pittenweem, Crail and St Monans. On Tuesday we had two bubbles with 29 taking part. I use weekly email updates, Facebook and Facebook messenger to communicate.