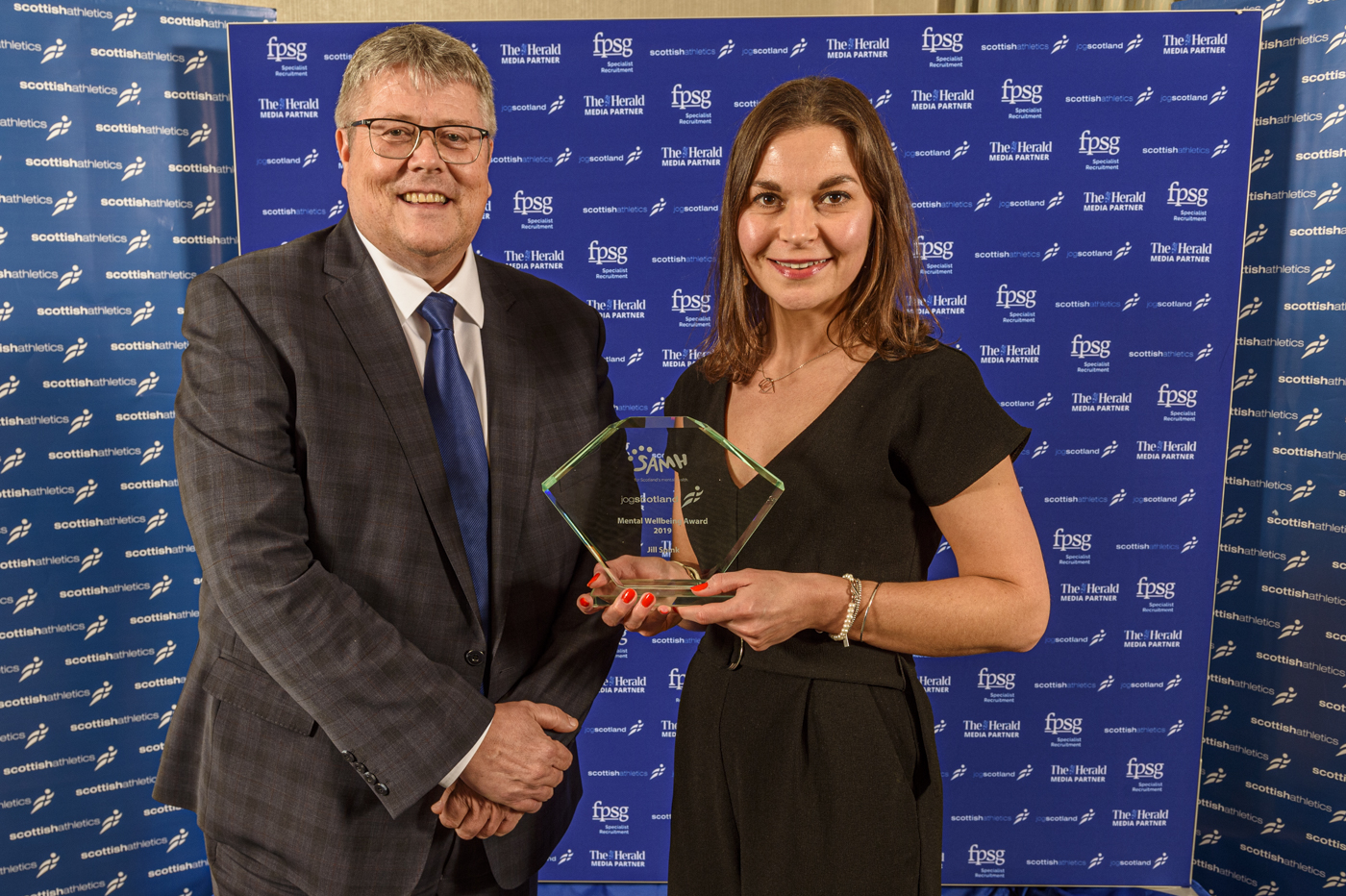 Above: Jill Spink, winner of the SAMH Mental Wellbeing Award 2019, receives her award from Billy Watson of SAMH

However, we have reluctantly decided that the usual physical dinner event will not be possible with Covid-19 restrictions and physical distancing for indoor events.

Instead we intend to create an online 4J Studios Annual Awards ceremony for scottishathletics and jogscotland to be broadcast ‘as live’ on our YouTube channel.

The plan at the moment is for that broadcast to take place at 7pm on Saturday 10 October (which was our original date for the dinner).

We’re absolutely delighted that 4J Studios have kindly agreed to continue to support the Annual Awards in addition to their scottishathletics track and field plus National Academy sponsorships.

The coronavirus crisis has affected to many aspect of sport in Scotland, so to have continued loyalty and support of sponsors is very important to us.

‘I’m really pleased that we will be able to stage the 4J Studios Annual Awards for 2020,’ said scottishathletics and jogscotland chief executive Mark Munro.

‘It’s very a strange year, of course, but there’s still been some great work going on across Scotland and we really do feel we want to recognise and acknowledge that.

‘We’re delighted to see nominations already pouring in for the jogscotland categories, and I’m sure they’ll bring with them many inspiring stories.

‘I really want to thank Paddy Burns and Chris van der Kuyl of 4J Studios for their backing for the Awards. It’s great for the sport to have such strong supporters – and especially under all the circumstances in 2020.

‘I have it in mind that the community should be able to sit down on Saturday 10 October and enjoy our online celebration of the year on YouTube and then maybe also get involved across our other social media channels.’ 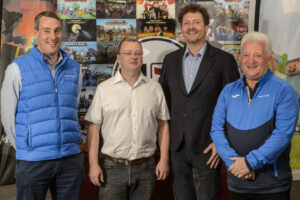 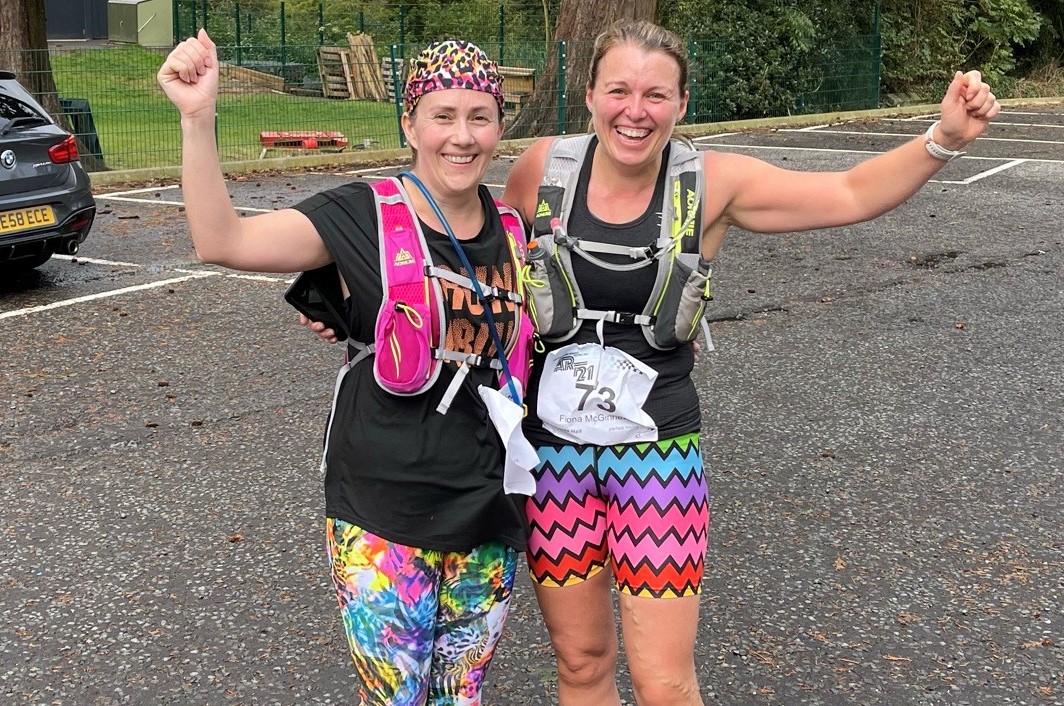