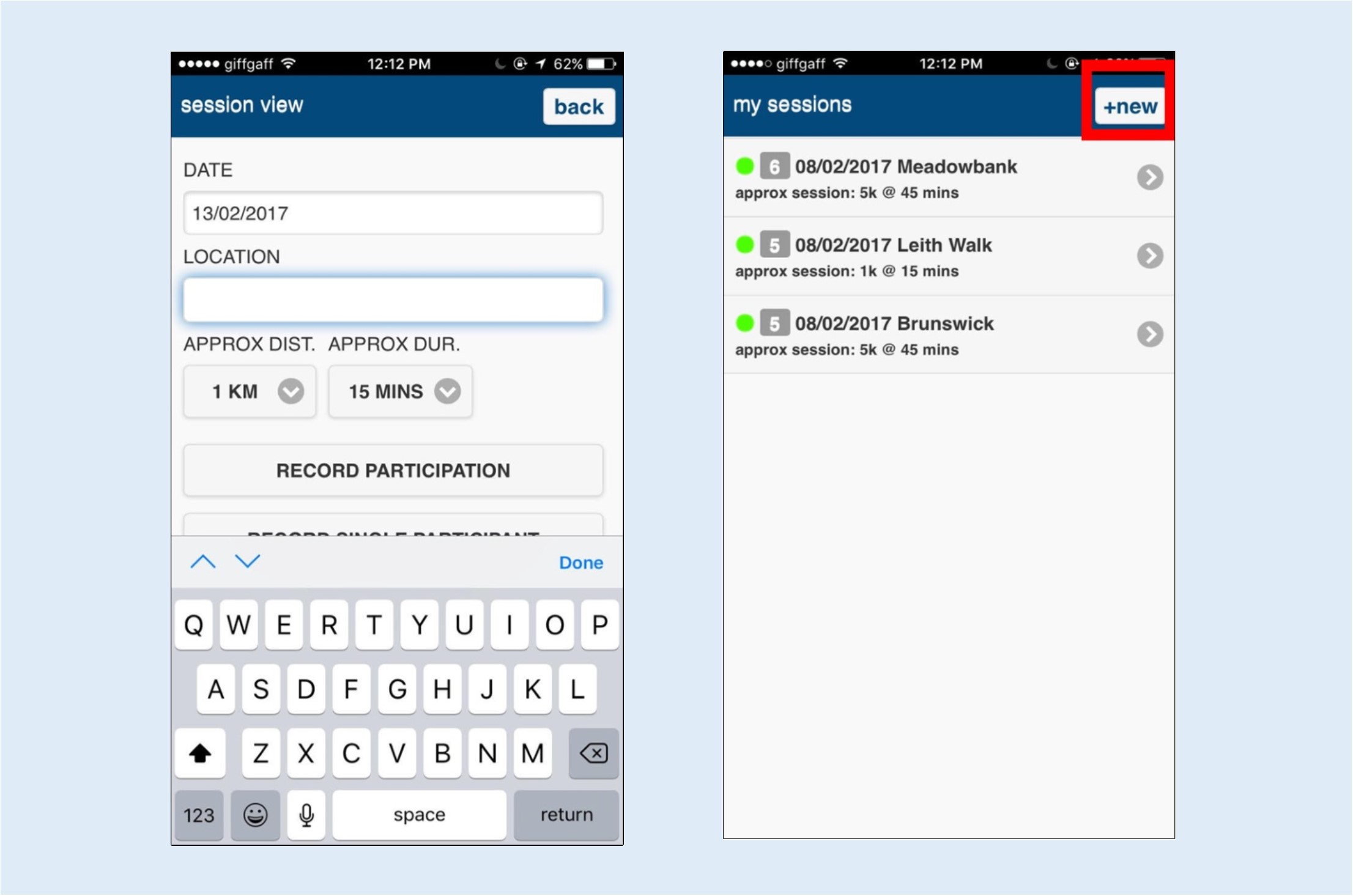 We are working with parkrun to develop a new activity tracker app, which will help joggers and Jog Leaders track their jogscotland sessions online.

Crucially, we hope it will also provide data about the amount of jogscotland activity nationwide, allowing us to prove to potential future funders the impact that jogscotland has on the nation’s health – activity that we have so far heard about only anecdotally.

Members of jogscotland who choose to use the app will be issued with a barcode, which their Jog Leaders will scan at each session. If you already have a parkrun barcode, you can use that to be scanned at your jogscotland sessions. If you don’t already have one, you can simply sign up for one online.

We are currently developing training guides for Jog Leaders that will show them how to download and use the app, with both video and written instructions available. We hope to start making these available to Jog Leaders in April. We will then ask Jog Leaders who already have a parkrun barcode to let us know the number on their barcode, so they can be registered on the parkun system as a Jog Leader, and given permission to use the app. Jog Leaders who don’t already have a barcode will simply sign up online to receive one, and then let us know the number.

Jog Leaders will then have a period of time to try the app out and practice with it, using any parkrun barcodes that their members may already have. We won’t be drawing data from sessions scanned during this time – it’ll just be a chance to familiarise yourself with how the app works.

We will then contact all jogscotland members telling them that the system is ready to go live, and will ask everyone who wants to participate, but doesn’t already have a parkrun barcode, to sign up for one online.

Jog Leaders will then use their phones at the beginning of a jogscotland session to scan the barcodes of joggers in attendance, and can later upload the information to our system.

The data we gather using the app will be invaluable in proving all the amazing work you’re doing, so we hope as many of you will enjoy using it as possible!