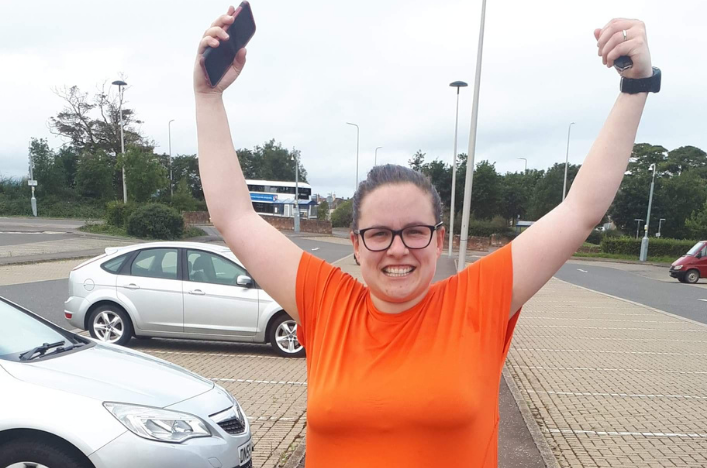 Like so many people, I once felt I didn’t have the time to exercise – I worked lots of hours and was based on the road in my previous job. In late July 2019, one of the directors from my new job asked us to enter a 5K around Arthur’s Seat as a team bonding exercise. At this point I probably couldn’t even walk 5K, so a change was required. I knew of the Meadowmill jogscotland Group, but had been too anxious to join – I shouldn’t have been.

I plucked up the courage and was welcomed into the group with open arms (pre-Covid-19!) I will never forget my first session – struggling with 90 per cent walking and some jogging from one lamp post to the next. But I stuck with it. Before lockdown came along, I was running with jogscotland, doing parkruns, some gym classes – all big changes for me. Our jog leader, Terry Kirkwood, would often pace and talk many of us round parkrun to chase PBs. 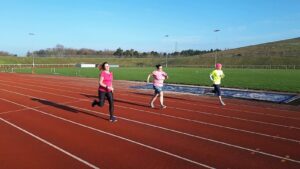 Training with the group at Meadowmill

One day, after yet another PB, we agreed that managing a half marathon by year end was definitely doable. I reckoned I could finish in 2hr 45m – although anything under 3 hours would be a result.

But when Covid hit, I thought: “Well, there goes that dream…”

Little did I know.

I’d made many friends through jogscotland and parkrun, and I knew although I was now running alone, there was always someone I could turn to, so I carried on running. In June I had a bit of a meltdown, struggling, my mojo had gone. I messaged Terry, who had been keeping in touch with me during lockdown. He reminded me that just getting from A to B was a target and not to be hard on myself, a run is still a run. 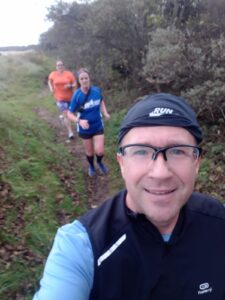 The group enjoying the Coastal Trail

The relaxing of lockdown rules was a blessing – many called friends or family for coffee – not me, I was straight onto the jog leaders and my running friends to see if they would be willing to run as per the guidelines and so was born our own small ‘Runner Beans’ group. I felt I was back at the stage where I’d been when I first started. But once again the mental health support from our jog leaders kicked in. I was reminded of the extenuating circumstances caused by lockdown, and reminded to just focus on what could be done safely. This really helped, it gave me the self-belief that some sort of normality could be maintained – but for me, the dream of a half that year was still gone.

Terry, and the rest of our Jog Leaders, know of the importance of looking after their members, helping them to reach their goals, even if it means giving up more and more of their free time. One Sunday morning in August, Terry arranged for an eight mile trail run as a change. I took it on – at this point I had not run more than five or six miles! But I did it! I felt amazing.

One night, I asked if anyone fancied a run the next morning probably about 10K, and Terry ‘obliged’ – I thought he was probably feeling sorry for me as no-one else was available. We set off, me determined that I would rock this 10K. A bit like Forrest Gump, we ran, and ran. I’m sure Terry planned what was to come. He’s always risk assessing our ability throughout, and felt I was managing comfortably, so we carried on. We even ‘ran’ into Tony Singh MBE at mile five – we weren’t shy obviously asking for a selfie with him! 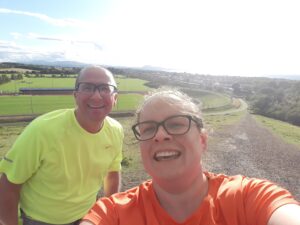 At nine miles, we were a mile from our start/finish. Terry gave me the option of one mile to finish or 4.1 miles to do the ‘half’. He said he would only have asked if he knew I was capable and fit enough. Out of sheer determination I said yes.

Terry was like a mobile food station with gels and drinks on hand all the way.

On I went, focused on those last few miles, then, the watch said 13.1 miles…….yabbadabbadoo! I did it!

This encapsulates jogscotland for me – the power to support, train, encourage, the friendship, and the physical and mental health it provides, helping me be the person and the runner I am today. 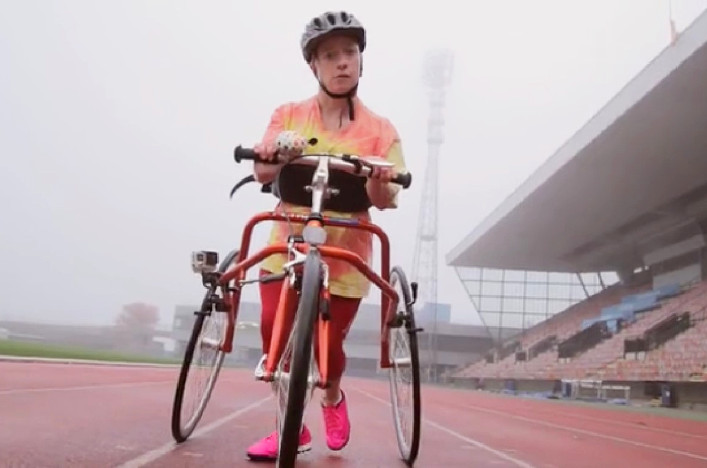 Let me introduce you to my RaceRunner, Zara. RaceRunning is for people like me with cerebral palsy or similar disabilities. I found RaceRunning through a friend who said I should give it a go, and now I could not live without Zara.