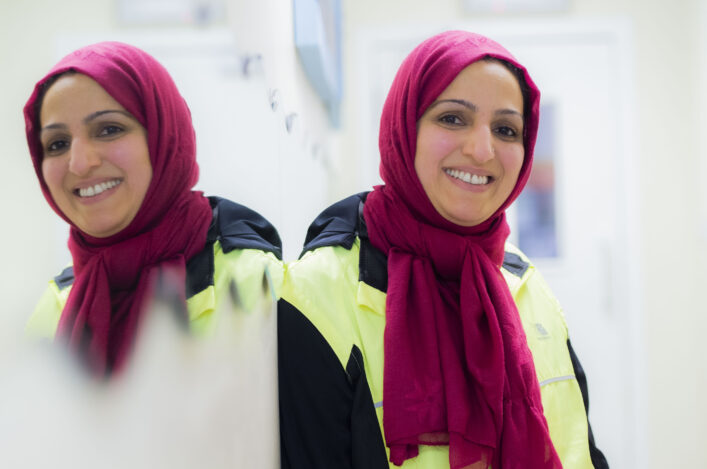 Photographs with thanks to Alan Peebles and sportscotland

Mother-of-three Nasreen Choudhry has never looked back since taking part in organised sport for the first time. It was a gentle nudge from her sister Vaqar, and a growing feeling that she wanted to improve her physical and mental health, that led her to attend an introductory running session in Dundee. Nasreen, 50, now runs regularly with the Tay Smilers group and is enjoying the many benefits of being more active.

She recalled: “At the time I was walking home from work every day, which is two miles, but I had never gone running or done any organised sport. I wanted to be more active. I had tried gyms, but I found it to be quite a lonely experience. Working full time and with all my family commitments, I found it difficult to get motivated. I wanted to be fitter and to feel like I was part of a group. I think when you’re from an ethnic minority you feel more comfortable going out in pairs or a group.

Nasreen’s introductory session at the Dundee International Women’s Centre was part of Community Strides – a collaboration between jogscotland and the Scottish Association for Mental Health (SAMH) that has supported inactive people across Scotland to become more active. 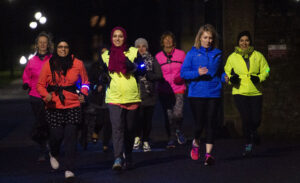 Running with the group from Dundee International Women’s Centre

Nasreen admitted she was “very apprehensive” ahead of her first run, but the team from jogscotland provided an inclusive and person-centred environment that put her at ease: “I was very apprehensive about the first session. I imagined it would be a group of women who were quite fit and able to run, and they would look me up and down and see that I was out of breath straight away.

But my sister persuaded me to go along, and Elaine and Laura from jogscotland were there and they explained that there is always a starting point. It’s the same for everyone and you can go at your own pace. They made it all seem manageable. I’ve introduced friends and colleagues to the group and they all say the same – they are apprehensive at first but you soon feel at ease.

“The group is amazing. We talk about work and family and children, everything. I can’t praise the ladies enough. I love the social aspect and the feeling that I’ve achieved something for myself.”

Apart from experiencing them for herself, Nasreen has become an advocate of the physical and mental health benefits of sport and physical activity within her community.

“I think the best part of being active is that you feel good about yourself. When you’re happy in yourself it has a positive impact on your family life, too.”

This article first appeared at https://sportfirst.sportscotland.org.uk/articles/sport-for-life-nasreen-choudhry/ 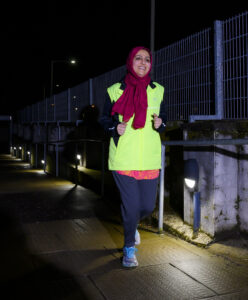