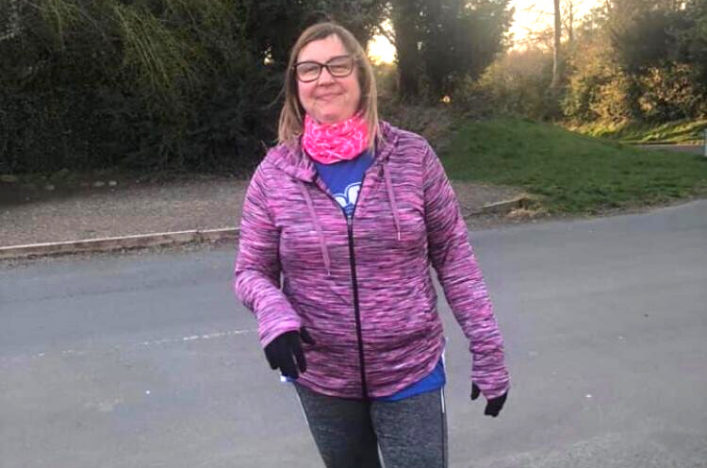 When Lynne’s family was hit by a double bereavement, she found herself ignoring her own needs, to be there for everyone around her. As a working mum, time and energy were short, but fortunately her jogscotland group was there to provide a haven from the grief. She tells us her story…

I joined Milestones jogscotland in January 2020, looking for some support and motivation to get back running. 2019 had started out so well for my family and I, I was nearing the end of my Open University degree when I decided to challenge myself to run the EMF 10K. I’d never been a runner but as a child and youth had been involved in athletics, something which my family had continued with. 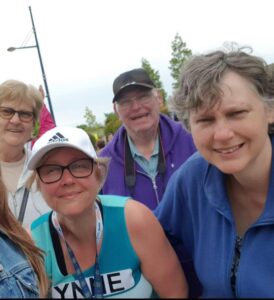 Happy memories: Lynne with sister Angela, and her mum and dad

I managed round the course in Edinburgh and was so pleased to see my mum, dad and sister had made the journey to cheer me on. Life was good and I graduated in September 2019. However, this joy was abruptly cut short in November 2019, when my dad suddenly passed away after a massive stroke. We were left utterly bereft. He had been such a powerful influence in our lives, adoring father and papa. He had volunteered for years as youth leader and was heavily involved with scottishathletics as a starter and official. I felt at such a loss as I was trying to support my sons, my mum, my sister, often forgetting to think about my own wellbeing and mental health. 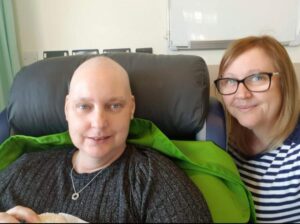 You see our troubles were not only surrounding the loss of my dad, but my sister Angela had been diagnosed with metastatic breast cancer aged 46. My sleep pattern was non-existent and often I felt I was living off nervous energy, I had no motivation, to exercise or take time for myself, and I was too busy trying to “be there” for everyone else.

In January 2020 I made the decision that I needed to start looking after me too, I made contact with the group leader, Cat Whitelaw, and got myself booked in for the next session. She assured me I wouldn’t be left behind and everyone was welcome no matter their ability. The group soon became my “me time”. Time for me not to
think about grief, not to think about what was lying ahead, it was my time to put one foot in front of the other and just take one more step, this soon became my mantra. 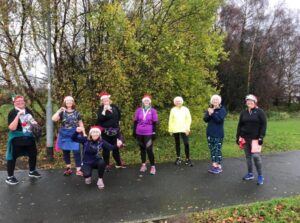 A real support: The members of Milestones jogscotland, running together

The lockdown was horrible for everyone but being separated from my sister whilst she was in the hospice was hard for us all, video chats were great but not the same as face-to-face visits. I was extremely glad when the restrictions were lifted allowing groups to get back, the other group members quickly becoming friends. The banter
and chat at the weekly sessions were a therapy in their own right. Always someone there to keep you motivated even when you were having a “just not feeling it day”.

Sadly my brave sister lost her battle in September 2020 and the group once again was my saviour to help me with my grief. The support and motivation to keep coming back was what I needed to clear my mind and concentrate on making sure I made it home! The exercise helped my sleeping pattern, lifted my mood and helped me keep myself well so I could support my mum, my brother-in-law and my two young nieces. Even during the second lockdown the group encouraged each other to continue their solo running until the restrictions were lifted once again.

Everyone you meet is fighting a battle you know nothing about, when I joined no one knew my circumstances but the group’s support and motivation is what encouraged me to sign up for this year’s Edinburgh half marathon, running for Marie Curie as they cared for my sister in her final months.