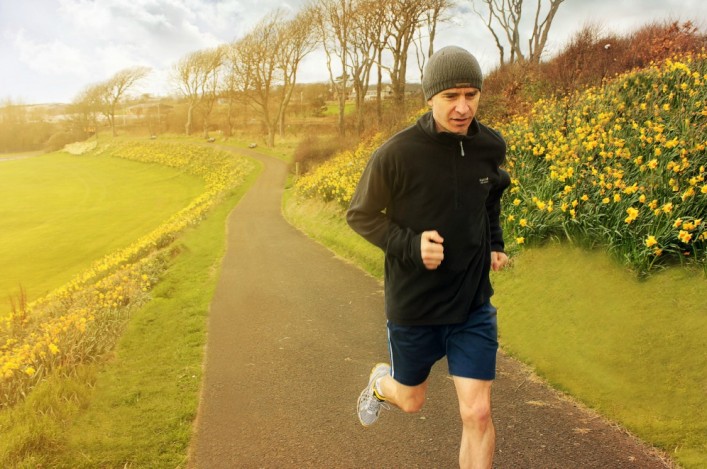 I fell in love with jogging when I was just 17, but it wasn’t until I was 48 that I decided to turn my hobby into something more. I was looking for a new challenge, something that would allow me to help people in my local community, so when I found out about a jogscotland Jog Leaders course that was running in Dundee, I immediately jumped at the chance.

The course was fantastic, I was really impressed with how friendly the tutors were, they helped me to understand what being a jogscotland leader was all about and showed me how to run a successful group of my own. It wasn’t like completing an ordinary training course – by participating I became part of the jogscotland team and have a support network in place to help me make sure that my group goes from strength to strength.

When I set up Arbroath Roadrunners, I really wanted to inspire local people to improve their fitness levels and the group has done just that. After operating the group on its own for a while, we decided to link up with Arbroath Athletics Club – as well as benefiting from being part of their organisation, it means we can try and get some of the parents of the young athletes involved too – they might as well come for a jog rather than standing around waiting for the kids to finish their session.

Watching the progress that my roadrunners makes each week is amazing. Whether they are jogging for a few minutes without stopping or working towards their first 5k, every minute that we’re out running together is a minute that’s spent improving our health. Being part of a jogscotland group really benefits members, from gaining new confidence and meeting new friends to sleeping better and feeling happier – exercise really is a powerful thing.

As a jogscotland leader I’ve gained all of these benefits too, plus I have the satisfaction of making a real difference. By encouraging my group to stay motivated, I’m helping them to improve their fitness levels and their quality of life – for me it’s an achievement that I can be really proud of.